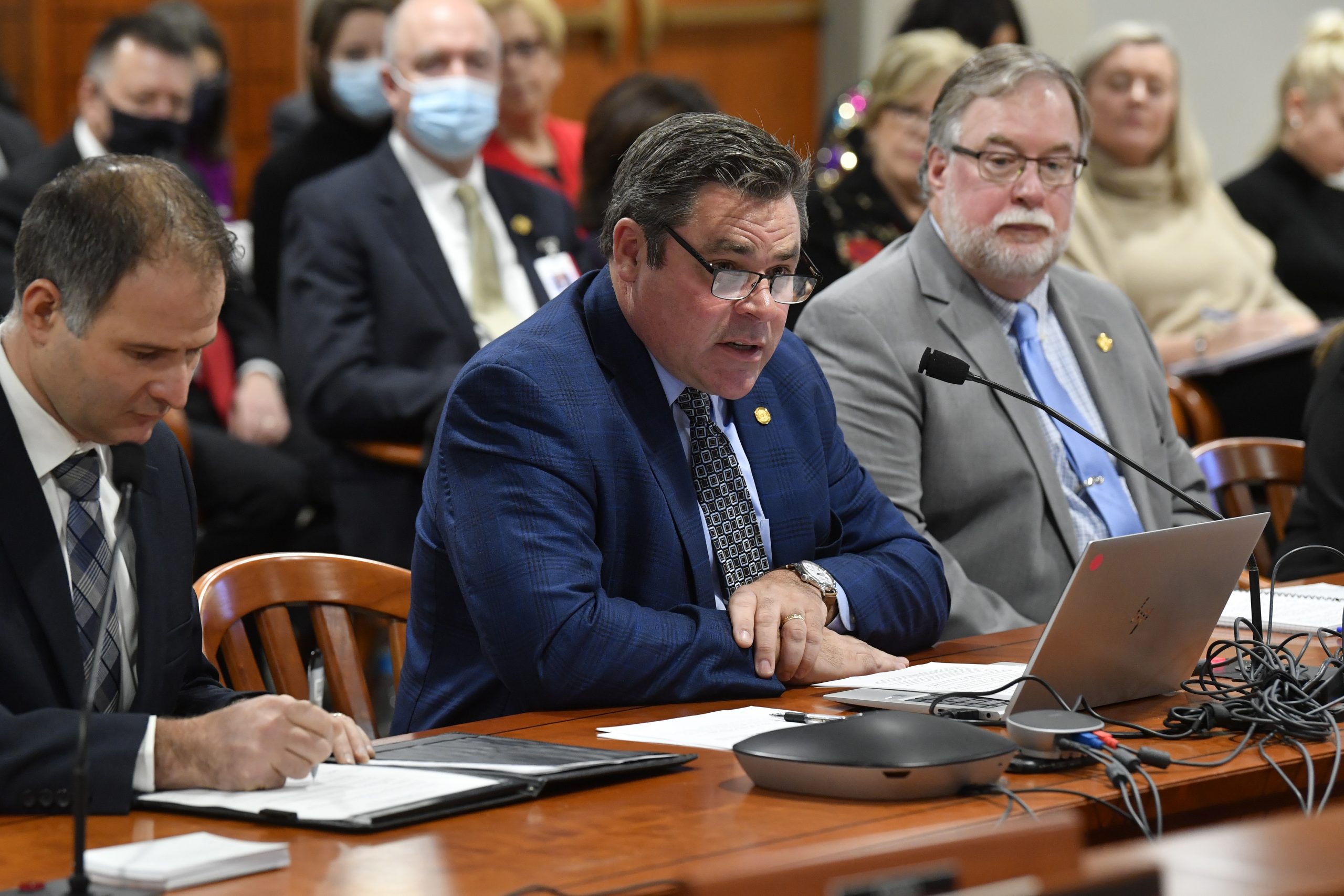 State Rep. John Damoose of Harbor Springs, center, testifies before the House Committee on Education on Nov. 30. Damoose’s legislation to let community colleges offer bachelor’s degrees in nursing was approved by the committee on Dec. 7.

“Throughout Northern Michigan and the Eastern Upper Peninsula, I often hear from medical professionals about the nursing shortage that has limited their ability to provide care,” said Damoose, of Harbor Springs. “We need a comprehensive approach to address the nursing shortage — now and in the future, and training new nurses must be part of those efforts. Community colleges already provide excellent educational options, and my plan will let these local institutions get to work to prepare more nurses for the health care field.”

Damoose teamed up with state Rep. John Roth of Traverse City to introduce House Bills 5556 and 5557. Legislators from both sides of the aisle co-sponsored the plan.

The bills would authorize community colleges to establish a BSN program. A college operating the four-year program would be required to gain national professional nursing accreditation or have a pending application or candidacy for accreditation.

Damoose pointed to North Central Michigan College in Petoskey and its current two-year nursing program. The college would be ready to implement a four-year program if Damoose’s plan goes into law, and President David Roland Finley testified in support of the legislation at a hearing last week.

“It can be especially difficult to recruit nurses in rural areas,” Damoose said. “Our plan will make it easier for people to become nurses in their home communities. By offering bachelor’s degrees in nursing, community colleges can help teach local nurses — both new students starting their careers and current nurses looking to expand their qualifications.”

Testimony at the previous hearing was also provided by Munson Healthcare, which operates several health care facilities in Northern Michigan and the Upper Peninsula, including Mackinac Straits Health System in St. Ignace.

Damoose’s plan would ensure the expansion does not interfere with other students or programs by prohibiting a college from eliminating an associate degree program when adding a BSN option, unless the college can demonstrate a lack of demand for the two-year program.

The committee approved HBs 5556 and 5557 with bipartisan support, and the bills now advance to the entire House of Representatives for consideration.

State Rep. John Damoose and the Michigan House of Representatives this week approved a balanced state budget to support important projects and services, such as roads and schools.

State Rep. John Damoose, R-Harbor Springs, today issued the following statement after reports that the U.S. Supreme Court may be poised to strike down its past decision in Roe v. Wade, which restricts state governments’ ability to protect unborn children from abortion.

Rep. Damoose honored as Legislator of the Year by Michigan Association of Timbermen