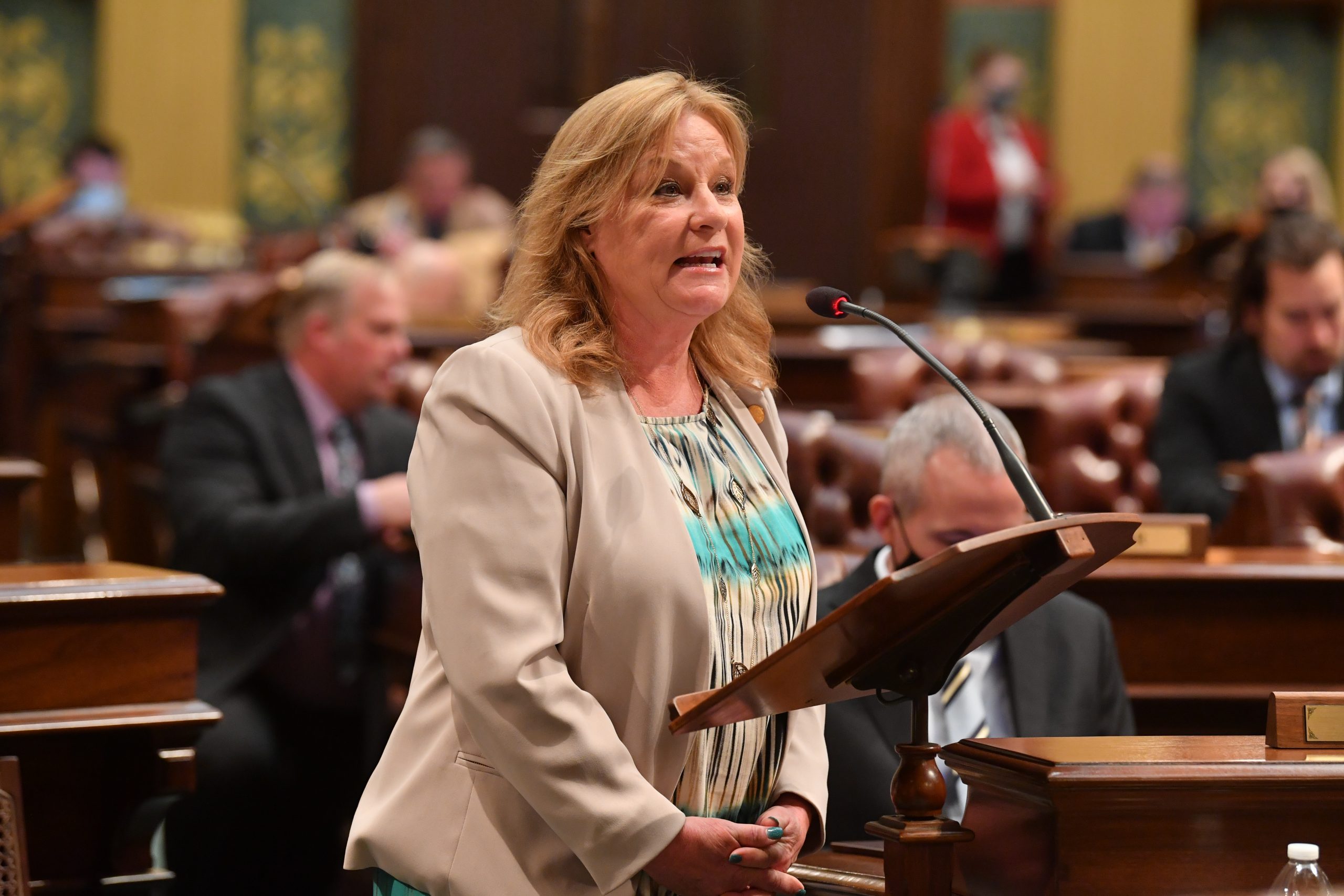 “Throughout our state’s ongoing challenges brought by the pandemic, we have been reminded of an important lesson regarding the supply chain of our food and the value of our farmers,” Alexander said. “Never before had we experienced such a challenge in finding the foods we needed at our local grocery stores.”

Michigan is the second-most diverse agriculture state in the nation. More than 47,000 farms comprise nearly 10 million acres of farmland, which produce more than 300 food and agricultural commodities. 99% of Michigan farms are family-owned and multi-generational.

Alexander shared that Michigan is the largest producer of asparagus, tart cherries, cucumbers, and squash. It ranks in the top ten for 29 additional commodities including: apples, sugar beets, potatoes, blueberries, and celery.

The resolution was adopted with overwhelming bipartisan support.

State Rep. Julie Alexander, of Hanover, today issued the following statement following approval of a budget in the Michigan House of Representatives this week:

State Rep. Julie Alexander on Thursday introduced a plan to clarify the assessment of property taxes on homes built by nonprofit housing organizations in order to ease the burden on low-income homeowners.