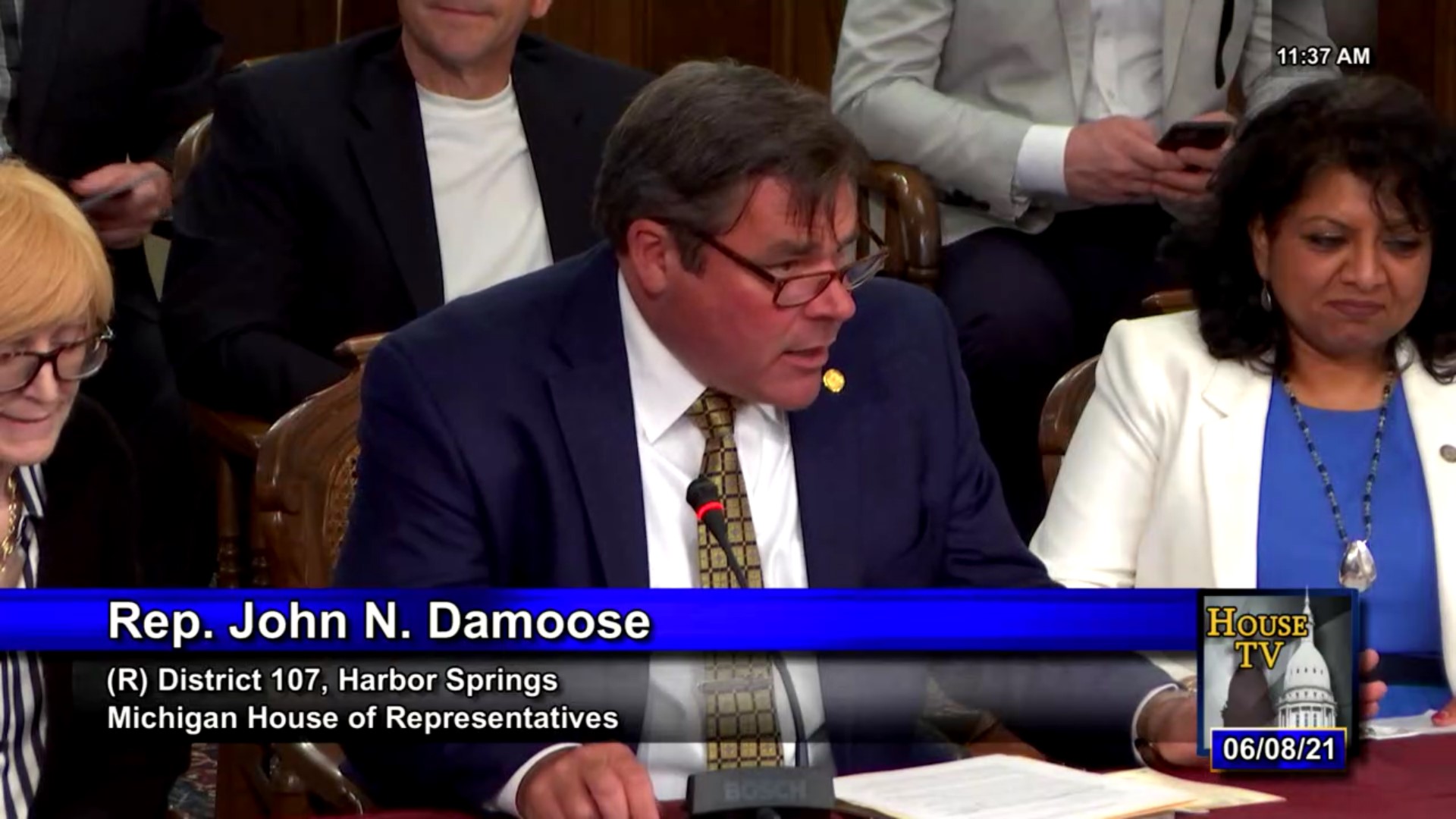 State Rep. John Damoose on Tuesday testified before the House Committee on Energy in support of his bipartisan plan to accelerate construction of new charging stations for electric vehicles.

“I love the oil and gas industry: It helps energize our modern, technological world, but there is no doubt that many of the vehicles of tomorrow will run on electricity,” said Damoose, of Harbor Springs. “Michigan’s auto manufacturers and suppliers are working hard to develop electric vehicles, and new car companies are cropping up to fill the electric market. However, the demand for these vehicles is expanding faster than the infrastructure necessary to keep them moving. Allowing charging stations at highway rest stops will help Michigan drivers stay on the road.”

“I want to see Michigan retain its rightful status as the automobile capital of the world,” Damoose said. “Our state should take the lead in electric vehicle infrastructure rather than leave it to tech companies on the West Coast.”

HBs 4801-4805 remain under consideration by the committee.

Following reports that the Unemployment Insurance Agency (UIA) may have issued benefits in error to genuine applicants, state Rep. John Damoose today announced a plan to protect these recipients from owing refunds.

In a House vote approving the Unlock Michigan petition, state Rep. John Damoose backed the repeal of an unconstitutional law Gov. Gretchen Whitmer used to impose onerous restrictions on the people of Michigan during the COVID-19 pandemic.

Rep. Damoose: UIA must not charge people for its own failures

State Rep. John Damoose today called on the Unemployment Insurance Agency (UIA) not to charge beneficiaries for the agency’s errors.